Home > Articles > Choosing Between Node.js and Java for Application Development

The dire need for acceleration in digital business among organizations has been putting immense pressure on IT teams to enhance time-to-value and delivery speed of applications. Demand for custom software solutions from developers bereft of IT has in turn influenced the adoption of cloud native application development. Gartner forecasts that low-code application platforms will remain the largest component of low-code development technologies, accounting for nearly 30% shares through 2022.

When looking into Node.js vs Java comparison, both have their unique pros and cons, when it comes to application development. While Java is elder to Node.js, it is relatively more complicated. In this modern business world, it is crucial for organizations to understand the relevance of their end use before choosing the perfect technology for developing applications.

A Quick Comparison Between Java And Node.js

More Differences between Node.js and Java

Java and Node.js are both popular programming languages that are often used for web development. While they have some similarities, there are also some important differences.

What to choose between Node.js and Java?

When it comes to Node.js vs java debate, both are both popular programming languages with a lot to offer. But which one is better node.js or java?

Node.js is a JavaScript runtime environment that allows you to build scalable network applications. It is fast and efficient, and has a large community of developers who are always creating new modules and tools.

Java is a powerful and versatile language that can be used for everything from web applications to desktop apps. It is well-supported and has a lot of great libraries.

So, which one should you choose? Read on and it will help you in your selection of the right programming language based on your needs.

When to choose Node.js over Java for Application Development?

Node.js has grown rapidly over the past few years, not only among start-ups but also among large organizations. It has been the application development environment for several technology giants, including Amazon, LinkedIn, and Netflix. Node.js is a surging trend. However, in terms of application development, organizations need to understand where specifically it must be used for leveraging its complete potential.

When to choose Java over Node.js for Application Development?

Touted as the development of choice for web applications, Java is versatile and allows to develop resilient, customized solutions for all business requirements. Java is preferred among both small and large organizations alike, when it comes to software applications that are necessary to keep the business running.

Following are some key application development areas where Java is essentially preferred.

Quick Answers to Questions Asked on Node.js and Java

Java is a popular programming language, but it is not the fastest. Node js is a JavaScript runtime environment that uses Google’s V8 engine. This engine was designed to be fast and efficient for running JavaScript code.

Node js is faster than java because it uses an asynchronous event-driven I/O model and does not have the overhead of the Java runtime environment. Node js also has a large ecosystem of libraries and frameworks which makes it easier for developers to build web applications.

Java is a general-purpose language whereas node.js was designed for use with the browser. This means that Java has huge libraries of code and can be used to develop software for different types of platforms, whereas node.js can only be used to create web applications. Node.js is the best choice for modern web applications, but if have a large application where security and performance are important aspects than go with Java.

This is a question of how we define “secure”. Java has been used as a language for developing enterprise-level applications for over two decades now and it has proven to be very secure when used properly. It also has many libraries that are written with security in mind, which means that developers can easily integrate them into their code without having to worry about vulnerabilities or other security issues.

In my opinion, Java offers more security, but that does not mean Node.js is not secure. The security of a programming language is only as good as the person writing it and the developer’s ability to follow best practices.

Which language to choose depends on one’s requirements. Node.js is a platform that allows you to run JavaScript on the server-side. It is very popular among developers because it provides a lot of features and an event-driven API, which makes it easy to build scalable applications. Java, on the other hand, is a programming language that can be used for developing any type of application. It has been around for decades and has been updated multiple times to keep up with the demands of programmers. Node.js is a perfect choice for developers who are looking for an easy way to create fast and scalable applications. Java, on the other hand, might be better suited for those who want to create any type of application or those who want their code robust and secure.

Both Node.js and Java are unique when it comes to their components, libraries, and communities, facilitating professionals and newbies alike in developing applications. While Node.js is preferable for streaming, big data projects, and real-time applications, Java is perfect for trading and web applications. Having the right understanding of when and where to use them is important for organizations to evaluate what’s suits best for their business-specific requirements. 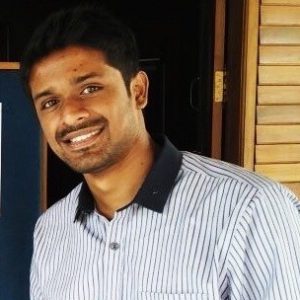