4+3 Major Advantages of The Elastic Transcoder :

7 Key Features To Look out for :

1.Transcoding Pipelines: Use transcoding pipelines to organizes & process in parallel, multiple transcoding jobs based on high & low priorities. Also using IAM options, determine who has access to the Data transcoded.
2. Transcoding Presets: A wide variety of presets are available for popular output formats. You also have the choice to customize your presets to suit your needs.
3.Monitoring and Management: Use the management console and APIs to monitor and check the status of your transcoding jobs.
4. Notifications: Use Amazon’s SNS(Simple Notification Service) to find out the progress, completion, warnings or errors in the transcoding jobs in queue, so no need to actively check the job stacks.
5. Formats : All common formats such as H.264/AAC/MP4, H.264/AAC/MPEG-2, TS, WebM outputs are available. Output HLS segmented file sets and common input formats are also available.
6. Availability in multiple regions : 6 out of nine Amazon Service regions around the world features transcoding service, namely N.Virginia, Oregon, N.California, Ireland, Singapore & Tokyo. Amazon Cloud does not charge the user for transferring data onto pipelines, as long as the S3 buckets and the pipelines are in the same region.
7. APIs and SDKs: Available for Java, .NET, Node.js, PHP, Python & Ruby.

Now as promised, I have discussed 7+7 benefits and features of The Elastic Transcoder, now lets see how Amazon works in transcoding your videos.

What happens Behind the Scenes on the Amazon Cloud ?

Well, when you start with your transcoding jobs using pipelines, job queues based on priorities are created in the back end. If there is a spike in traffic and you want to process more number of transcoding operations, then alarms trigger the auto scaling policy indicating that more number of EC2(Compute) instances need to be initiated. This ensures that there is continuity in your service. Further job statuses can be sent to you via Simple Notification Service(SNS). The diagram on the right shows a simple level of work flow. Changes and customization can be made based on the requirements of the user. For more on how AWS works behind the scenes to transcode videos for you, download this whitepaper.

This is the last section of the blog where i’ll touch up on how Netflix used the power of the cloud to optimize and generate new business prospects.

How Did Netflix Leverage The Power of The Elastic Transcoder ?

What made Netflix think out of the “in-house” Box:

Well you all might have used Netflix to watch movies online, this video streaming company around 2006/07 started to shift from renting DVD’s to streaming videos online. It had to convert content into different video formats for which they used GPU based encoding hardware. However in 2008 Netflix was set to launch its video players for PCs and MACs, and in late 2008 was launching a video player for the Xbox. As a result content had to be generated in these new formats, and the in-house Infrastructure could not handle the load. The result? launches were made without the full content catalogs.

Transition to Cloud and Success thereafter:

These short comings of Netflix led them to search for a new way of transcoding videos, and voila, AWS was ready with it. In fall 2009 Netflix was a part of the Sony play station 3 launch, meaning that a new format was required and all the content had to be transcoded. Netflix did not want to repeat the past mistakes, but the situation worsened when the format for the launch was only finalized 3 weeks prior to the launch date. However in these 3 weeks Netflix using the Amazon Cloud was able to set up enough EC2 instances to transcode their entire library on time !

The analogy given by Kevin McEntee, Netflix Vice President says it all. The Ferrari(in house) approach, i.e using high speed expensive compute capacity fails to meet the performance standards; as compared to the more economical Toyota Priuses(cloud) which is ideal for bulk transcoding. Netflix’s Feb 2010 video player launch for Apple’s ipad was another success story because of the ease to scale up compute capacities.
Honestly I have just given you a gist of Netflix’s Cloud Transition Success, the credit goes to Rohan Pearce, for writing a wonderful and detailed article on the same. Click here for a detailed understanding of Netflix’s succcess.

For more details on the Amazon Elastic Transcoder, Click here.

Check out the latest update with CloudDrive here 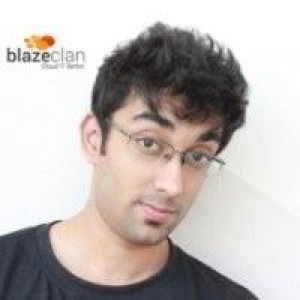